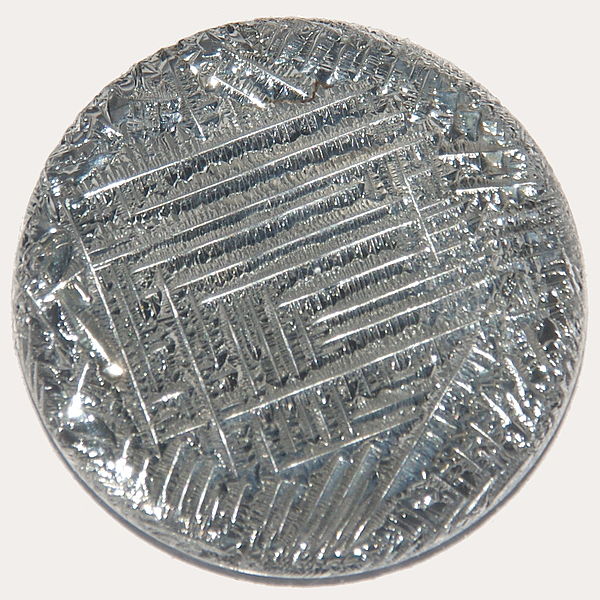 Tellurium is a brittle chemical element and semimetallic. It displays both metal and non-metal qualities and has a dark grey-silver appearance that resembles pewter or aluminium. The substance belongs to Group 16 [VIa] of the periodic table which is the oxygen group. Tellurium has the symbol Te and atomic number 52.

The History Of Tellurium

The first tellurium was discovered in Romania. In 1783, rocks of ore at a mine near Zalatna attracted the attention of a man called Franz Joseph Müller von Reichenstein. He noticed that the ore had an unusual metallic glimmer and he mistakingly thought that it was either bismuth or native antimony. Once he examined the material, however, it turned out to be gold telluride (AuTe2).

After three years of research, Müller was able to prove that the ore held an unknown element and he went ahead and published his work. Unfortunately, his findings ended up in a little-known scientific journal and failed to become mainstream knowledge.

In 1796, Müller decided to mail a sample of the ore to a man in Berlin. Martin Klaproth was a German chemist and he managed to extract a pure sample of the new metal and he named it tellurium. Interestingly, tellurium had also been discovered by Paul Kitaibel, a Hungarian scientist who knew nothing of Müller's find and he also sent his ore to Martin Klaproth. However, history credits Müller as the person who discovered the new element because he found it a few years before Kitaibel did.

During the 1960s, the dominant use for tellurium was two-fold. In the form of bismuth telluride, it was used in thermoelectric applications. The second major use for tellurium during this time was in the creation of free-machining steel alloys.

Tellurium is normally available in two forms. When in a solid state, the element is silvery-white with a metal sheen but in this shape, the metal is also very brittle and easy to pulverize. The second form, which is often more common, is as a powder. The color of powdered tellurium can vary between grey, black and brown. It often displays qualities of both the metals group and the non-metals group. Tellurium is also odorless.

Tellurium is stable when it comes into contact with air and when the metal combusts, it burns with a greenish-blue flame. It can conduct electricity and this is a trait that appears to strengthen, but only slightly, in the presence of light. When the element is in a molten form, it acts as a corrosive substance towards stainless steel, iron, and copper. Of all the elements of the periodic table's oxygen group, tellurium also has the highest melting point at 449,5 C (841.12 °F) and the highest boiling point at 987.77 C (1,810 °F).

Tellurium has eight naturally occurring isotopes of which six are stable. The remaining two are slightly radioactive (128Te and 130Te). One of the unstable isotopes, 130Te, is also the most abundant at 34.08%.

The Health Effects of Tellurium

Tellurium is considered to be very toxic. The substance is teratogenic, meaning it can negatively affect the development of a foetus or an embryo.

In the workplace, health organizations have advised that workers' exposure to tellurium should be limited to 0.1 mg/m3 over an eight-hour workday. Anything over 24 mg/m3 is instantly hazardous to human health.

Lesser exposure to the rare element leads to irritation of the skin, eyes, and lungs. Prolonged exposure can lead to a distinctive smell on the breath (closely resembling the odor of garlic) and a metallic taste in the mouth. Patients have also experienced symptoms like dizziness, drowsiness, exhaustion and weakness. When more severe exposure to tellurium occurs, it can lead to vomiting, cracking skin, and damage to the kidneys, liver, and nervous system. One of the worst medical emergencies caused by tellurium exposure is the development of pulmonary oedema or fluid build-up inside the lungs.

Tellurium is not an abundant element in nature and there are no natural ores of this metal. While small deposits are possible, tellurium is rarely found in its elemental form. Instead, the metal mostly occurs within the different mineral forms of silver and gold. These include krennerite, petzite, calaverite, and sylvanite. Tellurium represents the only chemical substance related to gold found in nature.

In the Earth's crust, tellurium is the 72nd most abundant element and represents about 0.001 parts per million. This makes it eight times rarer than gold.

The countries that exploit the most tellurium are Japan, Sweden, Russia, Peru, China, the United States.

Tellurium has wide applications in different fields. About 40% of all tellurium produced goes towards the solar panel industry. Another major use of the element is to create different types of metal alloys. When combined with lead, the resulting alloy is stronger and more durable than lead and can also resist the damage of sulfuric acid more readily. Steel and copper that contain tellurium are more workable. Mercury cadmium telluride is an alloy consisting of tellurium, mercury, and cadmium that is used as an infrared-sensitive semiconductor. Cadmium telluride is also sometimes alloyed with zinc to create CdZnTe which is used in X-ray equipment.

Tellurium is also used to vulcanise rubber. It is employed in the manufacturing processes of blasting caps, ceramics and chalcogenide glasses. It is also used in the oil refining industry as a catalyst.

High purity tellurium is not a natural product found in the earth. The production of this rare metal usually happens as a byproduct of the copper mining industry. In nature, tellurium is contained in trace amounts inside the copper ore.

Blister copper is refined by an electrolytic process to removes impurities that include tellurium, silver, gold, and platinum. Once tellurium is concentrated in this manner, it is directed onto copper anodes and then removed. To extract about 2.2 pounds (1 kilogram) of tellurium requires the treatment of 1,000 tons of copper ore.

Commercial-grade tellurium has a purity of 99.5% but higher grades of purity are also available. Producing a more refined grade of tellurium calls for yet another process. First, tellurium dioxide has to be dissolved in hydrochloric acid. The result is a solution that is then drenched with sulfur dioxide gas. This creates a high purity tellurium powder. Before being made commercially available, the powder is first washed, dried, and melted.

The top tellurium producers in the world include China, Japan, Sweden, Russia, Peru, and the United States. The two leading countries are China and Russia. The global rate of tellurium production in 2020 was estimated to be around 284 metric tons. The world reserve was also estimated at roughly 31,000 metric tons and that calculation only included the percentage thought to be present in copper ores. Forecasts also predict that the annual production of tellurium will rise to 400 to 500 metric tons for the foreseeable future.

Due to the relative rarity and wide applications of tellurium, the commodity enjoys consumption by investors and commercial industries alike. The future of the rare element looks promising largely due to the important role it plays in renewable energy, especially in the production of semiconductors and solar cells, but also its ability to alloy with steel in order to make the latter more workable.

How Is Tellurium Traded?

The commodity is commonly traded in one of two ways. Tellurium can be sold as a physical product or traded on the metals market.

Commercial-grade tellurium is most commonly traded as a powder. The measurement per unit is 200-mesh. However, buyers can also request tellurium in the form of lumps, sticks, slabs, and ingots. The ingots are available in different purities ranging from 99% to 99.99999% purity. Tellurium companies also sell the metal as rods, discs, pellets, granules, and wires.

Tellurium on the Metals Market

Investors can obtain tellurium futures on the Shanghai Metal Market (SMM). Stocks can be obtained from publicly trading companies. At the moment there are not many companies involved with tellurium mining and production. Boliden is a Swedish company and one of the biggest tellurium suppliers, while First Tellurium (formerly Deer Horn Metals) is a smaller company from Canada.

Tellurium stocks are considered to be a riskier investment than most other metals. This is largely due to the fact that Bolidon focuses more on the gold market and tellurium as a by-product and that First Tellurium remains a smaller business.

How Are Tellurium Prices Established?

Tellurium prices are influenced by several factors, some negative and some positive. The drivers that strengthen the price of tellurium is mainly centred around the demand for the metal from different sectors and industries. The most influential players include the solar panel industry, consumer electronics, semiconductors, the miniaturization of electrical parts, and the production of metal alloys.

Among the main factors that negatively impact the prices of tellurium is the preference buyers have for substitutes with thermodynamic properties that cost less. These substitutes include selenium, tantalum, and niobium.

The Price of Tellurium

There are different online price charts available for investors who wish to gauge the performance of tellurium stocks and prices. Among the information options available to investors are charts that follow the live fluctuations of the metal's price as well as the different prices per country, company or weight unit. On the metals market, especially on the Shanghai Metal Market (SMM), tellurium is normally sold per kilogram at 99.99% purity but other units of measurement are also available from different metals manufacturers.

Historical charts are also available for investors who want to study the performance of the metal over time. Some price charts track tellurium on a daily, weekly, monthly, yearly, 30-year, and 50-year basis.