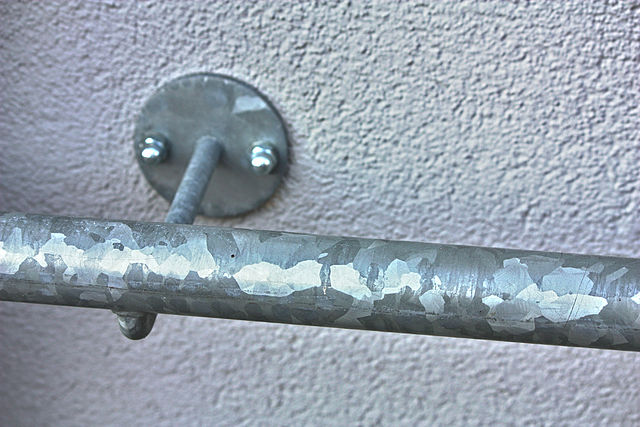 Zinc is a common and important base metal primarily used in galvanizing steel.

Zinc is the first chemical element listed in group 12 (the IIB or zinc group) of the periodic table. It has the symbol Zn and the atomic number 30. The metal is mildly brittle at room temperature and has a silver-grey appearance that is often tarnished by oxidation.

Around 200 BC, the ancient Romans used zinc to make brass weapons while India refined the metal on a large scale from the 1100s to 1500s. China also refined near pure ingots of zinc by the 1500s. However, European history credits Andreas Marggraf as the man who discovered zinc. In 1746, the German chemist was the first to prove that zinc is a pure metal when he isolated it by heating carbon and calamine.

Newly cast zinc is silver-blue but it eventually turns grey. Zinc with a high level of purity (99.99 percent) is ductile. While brittle when cold, zinc can form permanently bendy sheets when forged at temperatures above 100 °C (212 °F). Zinch also has a density of 7.134 grams per cubic centimetre.

There are 70 milligrams of Zinc in every kilogram of Earth's crust, making it the 24th most abundant metal in nature. The most important source is zinc sulfide ores which consist of roughly 65 percent zinc. Native zinc hails from New Zealand, Australia, the US, Peru, and China.

Zinc is commercially very valuable due to its applications in many fields. While it's mostly used to galvanize other metals, zinc is widely utilized in the technological and automobile industries. Zinc is also used to make paint, fluorescent lights, rubber, plastic, pharmaceuticals, inks, batteries and metal alloys (most notably nickel silver, brass, and aluminium solder).

To produce zinc, ores are roasted and then liquified in sulfuric acid. The zinc is extracted from the solution using electrolysis. Zinc is also extracted by smelting ores in a blast furnace before being distilled to remove impurities. Globally, over 11 million tonnes of zinc are produced every year.

Zinc is a valuable commodity due to its ability to galvanize metals, create useful alloys, and its versatile applications in cosmetics, vehicles, and the medical industry. Zinc is mainly traded on the London Metal Exchange (LME) and Chicago Mercantile Exchange (CME) in metric ton units as either futures or options contracts.

How Are Zinc Prices Established?

The asking zinc price is heavily influenced by Chinese and US demand, Chinese supply, global stocks and input prices.

Since China is the number one consumer of refined zinc, the country plays an essential role in prices for both zinc and steel. The People’s Bank of China often makes monetary decisions that directly boosts or suppresses the demand for zinc. But the biggest factor remains China's demand for galvanized steel in construction projects.