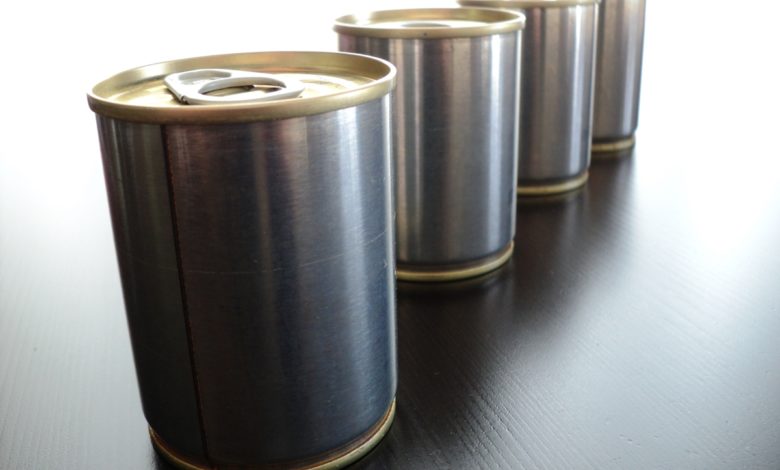 Tin is a corrosion-resistant metal that is primarily used in alloys.

Tin is a chemical element with a silver surface. This veneer often has a reduced yellow hue. The metal is soft and can be cut easily. Tin has an atomic number is 50 and its symbol on the periodic table is Sn. Tin also belongs to Group 14 (IVa) on the periodic table which is the carbon family. This group includes elements such as carbon (C), silicon (Si), germanium (Ge), flerovium (Fl), and lead (Pb).

The History Of Tin

The earliest use of tin dates back to 3500 B.C. Metalworkers in Mesopotamia discovered that they could create bronze by adding tin to copper. This innovation moved humans out of the Copper Age and into the Bronze Age. Throughout the ages that followed, tin was mostly used as an alloy to create bronze weapons. But by 2,500 BC, Thailand was also producing bronze to create masterful pieces of artwork.

The earliest reference to tin comes from Ancient Egypt's Twentieth Dynasty (1200 BC to 1090 BC) and the first ancient tin object to be discovered was a ring found inside an Egyptian grave. The ring dated to the Eighteenth Dynasty (1580 BC to 1350 BC).

Tin enjoyed centuries of value after it was discovered that adding 10 percent to 90 percent copper, the alloy could be used to make sturdy bronze weapons. However, tin was also used across the world to create artwork, jewelry, coinage, and as plating material for vessels.

Tin is a silvery metal that is bendy and very soft. Tin rarely rusts due to an oxide film and resists corrosion when tested with soft tap water and distilled seawater. However, the metal can be damaged by alkalis, powerful acids, and acid salts. It is solid at room temperature but will melt at 231.928°C (449.47°F). Below 13°C, tin begins to turn into a powder.

The Health Effects of Tin

Normal tin is non-toxic and can be handled safely. But organic tin substances are recognized as the most dangerous form of the metal to humans. Acute symptoms of exposure include headache, skin and eye irritation, dizziness, nausea, sweating, and breathing and urination difficulties. Long-term exposure to toxic lead can lead to more serious health problems like depression, liver or chromosomal damage, reduced red blood cells, a weakened immune system, and brain damage.

Tin is somewhat scarce in the earth's crust and represents only 2 parts per million. As the 49th most abundant element in the crust, it comes mainly from ores of cassiterite which is also known as tin(IV) oxide. The majority of the metal is taken from the "tin belt." This area stretches through Indonesia, Thailand and China. Other countries that mine tin include Peru, Brazil, and Bolivia.

Tin is a very useful metal. Due to its anti-corrosion properties, tin is extensively used to coat other metals to prevent them from rusting (especially in the technological and tinned food industries). Window glass is often straightened by floating molten glass on molten tin. Tin alloys are also widely used including pewter, bronze, and solder. Superconducting magnets also require a niobium-tin alloy to work.

Tin salts are also used commercially. These salts are mostly used to treat window glass for conductivity, as a reducing agent, and in the industries that dye silk and calico. Some salts, like tin(IV) oxide and zinc stannate (Zn2SnO4), are also used in the creation process of gas sensors and fire-retardants in plastics.

Tin is commonly retrieved by shallow mining operations. The most-used method is gravel pumping. Dredging and open-pit mining are also performed but to a lesser degree.

After the initial mining process, tin is extracted from the rubble via a two-step process. The ores of cassiterite, together with carbon, is added to a furnace and roasted at a temperature of roughly 1,371 degrees Celsius (2,500 degrees Fahrenheit). Water solutions or acid is then used to get rid of all the impurities.

The top producers of tin, in decreasing order, are China, Indonesia, and Peru. The global production of tin is an estimated 310,000 metric tonnes per year.

Tin is a useful commodity in the modern world. Due to its ability to create popular alloys (including bronze and copper) as well as endow other metals with more corrosion-resistant properties, tin holds a crucial place in the fields of medicine, technology, and the food industry. With endless products using the compound, tin is kept in demand on the metal market for the foreseeable future. It also serves as a hedge against the US dollar.

How Is Tin Traded?

There are two main ways for buyers to invest in tin. These are tin ETFs and tin futures.

Many sellers include exposure to tin ETFs along with other ETF traded metals. The latter commonly include copper, nickel, lead and aluminum.

Traded on the London Metal Exchange, tin futures fall under the contract code SN. The products are normally priced in US dollars per tonne but other currencies include the pound, yen, and euro.

Pure tin (at 99.99% purity) is considered to be the best and remains valuable to military and aerospace projects. Grade A tin (at 99.85% purity) is available in sheets, granular form, bars, cast anodes, ingots, wires, and shot. It is more commonly used in the construction business, electronics, aerospace, the food industry, and telecommunications. Based on its purity, tin degrades as Grade B, Grade C, Grade D, and so on. Tin with lower grades is used in alloys like solder and bronze.

How Are Tin Prices Established?

The tin price is mostly driven by five factors. These factors are the Chinese supply and demand, the soldering demand, government policies, global stocks and input prices. One of the most influential drivers that affect tin prices is the soldering demand. This is because nearly half of all tin is earmarked for solder. However, in recent years this trend is has been declining and it could weaken the market price for tin in the future.

The Price of Tin

Current and historical data for tin is available on the London Metal Exchange (LME). The LME provides historical data as far back as 15 months. Current prices are given in accordance with the metric ton and mainly in the USD as currency. However, one can also view tin prices in pounds, yen, and the euro.