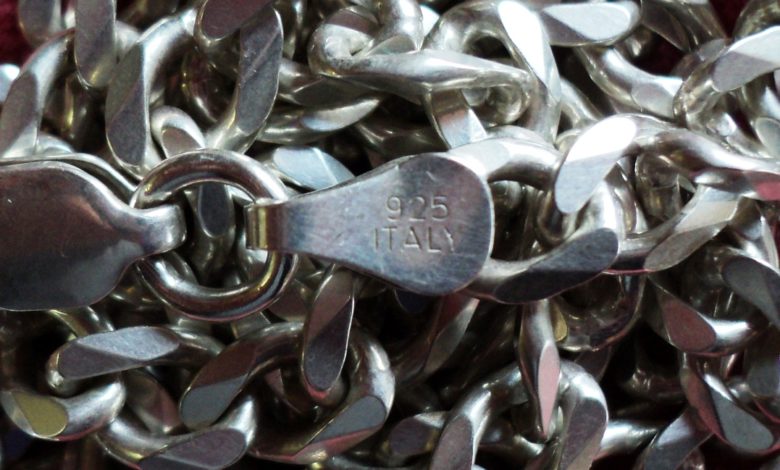 Silver is one of the earliest known precious metals and has been mined for thousands of years.

Silver is a soft white metal with a lustrous surface. It is known as the chemical element with the highest reflectivity, thermal conductivity, and electrical conductivity of all metals. Silver has the atomic number 47 and its symbol on the periodic table is Ag. The transition metal also belongs to Group 11 (Ib) of the periodic table which includes copper and gold.

The History Of Silver

The history of silver is long and nobody knows who discovered the metal. However, it is known that silver was probably used, in one form or the other, since prehistoric times. The first recorded history shows that Greece and Turkey had the earliest silver mines and that they dated back to 3,000 B.C. By 1,200 B.C., several silver mines helped the ancient Greek culture to flourish and similarly, by 100 B.C., major silver mining in Spain boosted the Roman Empire.

However, the biggest impact the metal had on history occurred after Columbus landed in the Americas in 1492 and subsequent Europeans found silver in abundance. Exploiting the opportunity, Spain extracted massive quantities from Mexico, Bolivia and Peru. Their successful mining operations gave the Spanish considerable political power over the New World.

From early on, silver was used for making jewelry and was also widely used as currency. In the ancient world, silver as a currency was notably used in the form of coins. Greece minted silver coins from 400 B.C., and in England, the Anglo-Saxons used silver pennies from the 8th century AD.

China, Korea, Japan, and South America also used the precious metal to craft beautiful objects of art, jewelry and items of status while Babylon used silver as a measure to pay workers. The ancient Phoenicians were also among the most prolific traders of the metal. They most commonly dealt in silver bullion which they transported in the form of ingots, rings, and disks.

Some early cultures also used silver as a remedy to treat infections.

Silver has a lustrous veneer and the metal is nearly white in color. The shiny metal is also ductile and soft, making it a malleable metal on its own. Fine silver, however, at a purity standpoint of 99%, is easily damaged due to its pliable nature.

The density of silver is 10.49 grams per cubic centimeter which is less than gold. Of all the metals known to science, silver also shows the highest thermal and electrical conductivity and it is also the most reflective of all known metals.

Silver remains stable when it comes into contact with oxygen and water. In the presence of sulfur compounds, the precious metal will tarnish and develop a black layer of sulphide. It will dissolve in nitric acid but silver can resist other powerful acids that include hydrochloric, sulfuric, citric, lactic, and phosphoric acids.

There are two stable silver isotopes found in nature. The most abundant one is 107Ag (50.8%) followed by 109Ag (48.2%). Twenty-eight unstable isotopes have also been discovered thus far and all of them have short half-lives which range between 41.29 days to 3 minutes.

The Health Effects of Silver

Generally, silver is considered to be a non-toxic metal. It can be touched without adverse effects. However, silver salts are harmful and might even be carcinogenic in nature. Modern medical research is also breaking down the long-held and popular view that colloidal silver is a cure-all for maladies. Tests have shown that colloidal silver obstructs the body's ability to absorb medicine and antibiotics. It also builds up in the body, risking conditions that include headaches, kidney damage and it can even permanently give the skin a dark blue-grey color.

Silver has, however, shown antibacterial and antimicrobial properties since antiquity.

Silver is the 68th most abundant element found in the Earth's crust. It can roughly account for 75 parts per billion by weight. North and South America produces the most silver and together, the two regions churn out more than half of the world's total amount of the precious metal. The metal occurs mostly inside ores of lead, copper, zinc, and sulfides. Tiny traces of silver also exist in the oceans.

There are natural veins of silver that occur away from lead and other ores. The countries that mine specifically for silver (and not extract the metal as a byproduct) are Mexico, China, and Peru. They recover commercial fine-grade silver that is 99% pure.

Silver is an exceptionally useful metal and has applications that reach into fields beyond its original dual purpose of being used as currency or to craft decorative items.

One of the more notable industries that use silver is the medical world. In World War 1, soldiers used silver compounds to prevent infections. In modern times, silver is used to coat catheters and breathing tubes with the aim of keeping infections at bay. Silver is also used as scaffolding for broken bones. Ointments and bandages are also infused with particles of the precious metal to form a protective layer against bacteria.

The photographic industry uses most of the silver produced in the world, which is roughly 30%. The industry relies on the metal in the form of silver nitrate. The metal also has a large footprint in the technology sector where it is used in batteries (silver-cadmium and silver-zinc batteries), solders, electrical contacts, and paints used in the production of electronic printed circuits.

Silver is also used in the culinary industry as a food additive named E number E174. The metal is also used to make mirrors due to its reflectivity, while silver iodide is used in cloud seeding, and the two most used alloys in jewelry and silverware production are sterling silver (92.5% silver and 7.5% copper) and Britannia silver (95.8% silver and 4.2% copper).

Silver is obtained from the earth in several ways. Around 72% of silver is produced as a byproduct of other metal productions, most notably from mining ores of lead, zinc, and copper. The 28% that is mined specifically to obtain silver happens in two ways. Shallow mining uses heavy machinery to unearth deposits of the metal that sits close to the surface while deep silver ores are mined via underground shafts.

To extract silver from ores the latter is ground up to a very fine degree. From this crushed substance, the silver is then isolated through a process named flotation. The next step is to further refine the silver extracts. This is usually accomplished either through electrolysis or amalgamation.

The top silver producers in the world are Mexico, China and Peru. They are followed by Russia, Chile, and Bolivia. In 2020, the global production of silver was an estimated 25,000 metric tons and the world reserve was calculated at 500,000 metric tons.

Throughout history and modern times, silver has always been viewed as a precious commodity. Similar to gold, silver enjoys global recognition as a metal that retains its value when other currencies and goods lose theirs due to social and political factors. Another reason why the price of silver remains attractive is the enduring fact that the precious metal is sought all over the world. It remains a staple of wealth and prestige, offering long-term security against stocks and inflation.

How Is Silver Traded?

The first way to buy silver is to obtain silver coins and other silver bullion products like bars. The bars are pure silver weighed by the troy ounce. Silver coins are not legal tender and are produced by different governments for investment purposes only.

The second way that one can buy the metal is through silver-backed securities like ETNs, funds, and stocks. Whereas bullion products can often be physically touched and owned, silver securities are handled on paper.

Silver bullion bars and coins are popular with investors who desire to own the purest forms of this precious metal. However, many other investors prefer the convenience of silver securities because these units are often easier to trade and add to a beginner's portfolio.

How Are Silver Prices Established?

Silver prices are notoriously complex to understand by newcomers to the metals market. But at the core of the matter, silver's price is influenced by its trade in derivative contracts and proxies that represent the real-world price of the precious metal. One of the main drivers is futures contracts which is a blend of contracts holding prices that reflect future delivery of silver.

Silver also has a spot price which more directly reflects the price of the metal when it is sold and earmarked for instant payment and delivery. However, the two types of price calculations for silver are not standalone deals. The spot price for silver is determined by looking at the forward month's futures contract that has the most volume. The month in question could be the current one or another contract existing two or three months into the future.

During weekdays, the silver spot price is traded nearly all hours of the day. But not on weekends. Another influence that strongly affects silver prices is important exchanges located in the cities of New York, Chicago, London, Zurich, Hong Kong, and China. The most significant of this group that influences silver spot price fluctuations is the COMEX division of the New York Mercantile Exchange.

The Price of Silver

Those who want to buy silver can also view a menu that shows all available silver coins and their asking price. Some charts also allow online buyers to choose the purity of the silver bullion product they want to purchase and this also affects the price. The historical purchase price can also be viewed in charts that include 1 day, a week, a month, 6 months, and then every year for as far back as 15 or 30 years.

In the last 30 years, the silver price per ounce has seen a wobbly but steady climb in value and then experienced a slight decline until recent times. In 1992, the spot price of silver was roughly $4 USD per troy ounce. It did not break through the $20 USD barrier until 2008 and then hit a high in 2011 when the silver price per ounce stabilized at around $48 USD per unit.

For the past few years the price of silver has fluctuated between $20 and $30 per troy ounce, $0.70-1.00 USD per gram, or $700-$1,000 USD per kilogram. Silver coins, American silver bars, Silver American Eagles, Austrian Silver Philharmonic coins and Silver Canadian Maple Leaf coins are all used as reliable investment vehicles for silver, but buyers are generally charged a small premium over the current spot price when buying and selling physical silver.