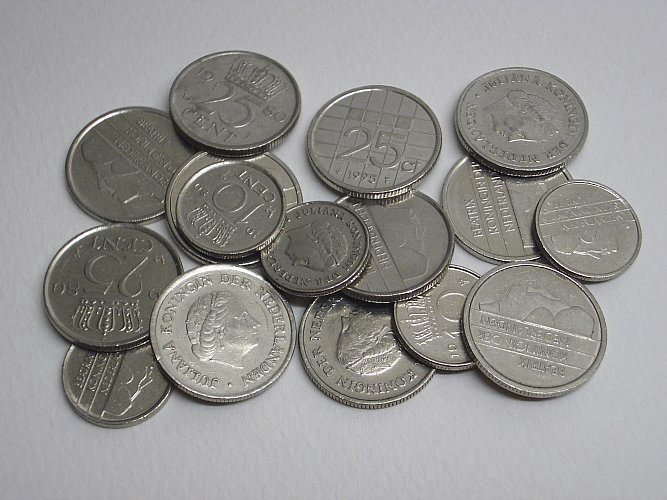 Most nickel is used in the production of stainless steel. Nickel prices have tended to range between $5 and $10 USD per pound.

Nickel is an element on the periodic table with an atomic number of 28 and chemical symbol Ni. It is a silvery-white, shiny metal that is strong and resistant to corrosion, making nickel beneficial to add to strengthen metal alloys. Even with these characteristics, all nickel alloy are ductile and malleable. Even though it is the fifth most abundant element on earth there is only about 0.01% in the earth's crust. This because the earth is believed to have an iron-nickel core. Nickel is one of four elements that are ferromagnetic at average room temperature and pressure.

It was isolated and classified in 1751, being mistaken as a copper mineral, and later was used for plating and alloys. In modern times nickel has been primarily used for alloy creation. Over 65% of global nickel production is used for stainless steel with the rest being used for a nickel and copper-based alloy, alloy steel, and batteries to name a few. Some current major nickel producing nations are Indonesia, the Philippines, and New Caledonia.

Nickel like materials have been unintentional used throughout the ancient world. For example, in ancient Egypt artifacts, made of nickel containing meteoric metal, were discovered in graves dating back to about 3500 BC. In Chinese documents dated around 1500 BC, there is reference to a 'white copper', which is believed to be something similar to a nickel-silver alloy.

Nickel was first isolated and classified in 1751 as a chemical element by Axel Fredrik Cronstedt after he initially mistook the ore for a copper containing mineral. The name nickel comes from the Saxon word kupfernickel 'devil's copper' due to miners inability to extract copper from it. Nickel became popular for plating and alloys such as 'nickel silver' (German silver) in the 19th century. Up until recently sulfide ores were mainly used to extract nickel.

Nickel is found in either nickel-copper sulfides or in laterites. Lateritic ores are located on the earth's surface in tropical regions while sulfides are found worldwide underground. Apart from its direct use elemental nickel (along with silver, copper, lead, and others) is one of many pathfinder minerals that are geochemical indicators for gold.

Pentlandite is the most common nickel sulfide and is typically formed during the cooling of sulfide melts caused by host rock contact with magmatic or metamorphic processes, or from meteoric impact. The composition of Pentlandite consists of approximately 34% nickel. Itis found in geological complexes throughout this world which may be the basis for its exclusive use.

Lateritic nickel ores are formed from weathering of ultramafic rocks rich in olivine. Some examples are dunite, komatiite and peridotite along with their serpentinized derivatives, and serpentinite. There are two types of lateritic nickel ores: limonite and silicate types.

Limonite is highly enriched in iron due to strong leaching of magnesium and silica. It consists of goethite, which itself incorporates 1-2% nickel. Because of erosion it is possible that the limonite zone is missing.

Saprolite type nickel ores are found below the limonite zone. They are largely Mg-depleted serpentine containing 1.5-2.5% nickel. In serpentinite, pockets and fissures can contain minor amounts of garnierite with high quantities of nickel content (20-40%).

Historically, nickel sulfides have been the primary source for nickel, but in recent decades there has been a resurgence in lateritic ore mining. Lateritic ore accounts for over 70% of continental nickle resources. With this in mind nations such as Indonesia and the Philippines will play an even larger role in global nickel production in the future and is the basis for why tropical nations are surging at the moment.

In the Mond process nickel reacts with carbon monoxide to form nickel carbonyl. To re-obtain nickel the carbonyl passes through a large heated chamber with thousands of nickel pellets. After much stirring nickel decomposes and is deposited on the nickel pellets. Use of a smaller chamber can create nickel powder. This process creates the highest purity of nickel of greater than 99.99%.

In the past 10 years global nickel production has been between 2.0 - 2.5 million tonnes. Of the 23 nations that mine nickel, Indonesia is the main producer of nickel in the world followed by the Philippines, Russia, New Caledonia, and Australia (tied with Canada) round out the top 5 producers in globally. Indonesia and the Philippines close proximity to China fuel China's high demand for nickel. Vale and Nickel Asia are some of the primary nickel producers in Indonesia and the Philippines respectively. Nickel mining in Russia, New Caledonia, Australia, and Canada have supplied the world with nickel for over 50 years and in some cases over 100 years. Some companies which are associated with mining in these countries are Norilsk, Vale, Mincor, and Glencore.

Nickel is considered to be the most widely used metal on the planet being used in over 300,000 products. About 65% of Nickel is used to produce stainless steel. It is used in nonferrous alloys, electroplating, alloy steel, and more. Aside from stainless steel, many specific and recognizable products use nickel such as coinage, alnico magnets, rechargeable batteries, electric guitar strings and many others. The case for using nickel as an alloy is due to both its corrosion-resistance and the stress is can handle at both high and low temperatures.

Originally, global nickel prices were set by a producer's price list. This was the case until the late 1970s when producers start to lose their pricing power. This was due to three factors. First, advances in technology, including Laterite ore processing, led to the development of new nickel producing mines. Second, nickel shortages and price spikes, due to many mine strikes, caused many consumers to lose trust in producer price lists. Third, market participants noticed that producer price lists were only accurate when demand was high and stock was low. When price was low, producers were forced to undercut their nickel price list to account for the low nickel price and secure contracts. At this point market participants started using LME nickel as a benchmark of nickel value for physical nickel trades.

The London Metals Exchange (LME) is considered the center for trading industrial metals. It is one of the largest commodities markets in the world and the only remaining physical commodities market left in Europe. All other commodity exchanges in Europe have moved to electronic trading. Prices are listed as USD/tonne. Aside from LME nickel, there are many other non-ferrous metals (aluminum, copper, etc) listed on the LME as well as ferrous metals (steel scrap, steel rebar), minor metals (Cobalt, Molybdenum), and precious metals (gold, silver, palladium, and platinum).

Since there are hundreds of LME approved warehouses (where nickel is stored physically on site with fairly transparent stocks), it can provide quotes for nickel prices to investors, as it has the role similar to any of the world's other market makers. This transparency provides and accurate price. These warehouses are close to demand giving buyer immediate access to the metals they purchased. As for LME non-approved warehouses, these warehouse inventories can be hidden or hard to interpret and can result in inaccurate global inventories and thus incorrect nickel prices and future market forecasts.

With the LME being focused towards investment, speculation, and physical delivery or purchase of the metal, investors may avoid the LME. Instead, market participants might invest in nickel company stocks to add to their portfolio rather than investing in the commodity itself. This option is not solely for nickel but can be apply to other metals, commodities, currencies, and cryptocurrencies at markets worldwide. Some listed companies are FPX Nickel, Talon Metals, and Canada Nickel Company. The share prices are much lower than LME nickel unit prices.